We are just delivering a fleet of fully branded Toro cars to an official Renault publicity company. Fusion events will use the cars at Renault promotional events across the... Read More

One of the original mini-car designs in the range, the Tractor underwent a 2016 facelift.  Keeping the same great functionality but with an updated front end design to make... Read More

Easter deliveries made on schedule

An early Easter is not always the best thing, for both ourselves as manufacturers trying to make all our delivery dates on schedule, but equally to our operators who... Read More

Following on from the EAS exhibition at Gothenburg in Sweden in October last year.  Formula K secured the order to supply 32 mini cars to Karls Tourismus in Germany.... Read More

The Tractor gets a face lift !

One of the most popular Formula K mini cars has been the original Tractor.  Always among the first choice for Farm parks and similar outdoor attractions.  The Tractor was... Read More

Final delivery made of 40 Ranger cars

Formula K made the final delivery of the 40th Ranger car to the prestigious new “Kids Academy” at Bewl Water in Kent recently. The attraction should be ready for... Read More

Formula K will once again have an exhibition stand at the annual Euro Amusement Show.  This premier European exhibition for the amusement trade moves location each year and this... Read More

Formula K recently confirmed an order for 40 children’s battery vehicles for a major leisure facility in the South East of England. The design has specifically commissioned by the... Read More

New compact mini-quads for our partner in Finland

Among the many new mini cars leaving the factory doors this week, were a new fleet of 6 “compact” versions of the ever popular Mini-Quad, bound for Finland for... Read More

Formula K are returning to the Asian Attractions expo at the Hong Kong International Convention Centre from the 17th-19th June 2015.  It has been some years since we last... Read More 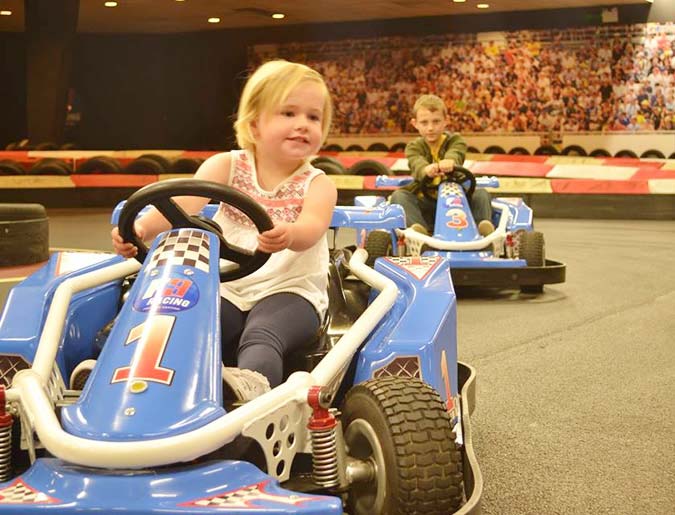